In this article you will be able to know about the Indian Peninsular Plateau.

The word Peninsular Plateau consists two words i.e., Peninsular and Plateau. The meaning of these two words is:
Peninsular: It is related to peninsula. Peninsula is a long narrow piece of land which sticks out from a larger piece of land and is almost completely surrounded by water. 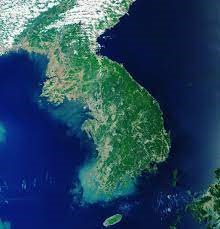 Plateau: A plateau is a flat, elevated landform that rises sharply above the surrounding area on at least one side.